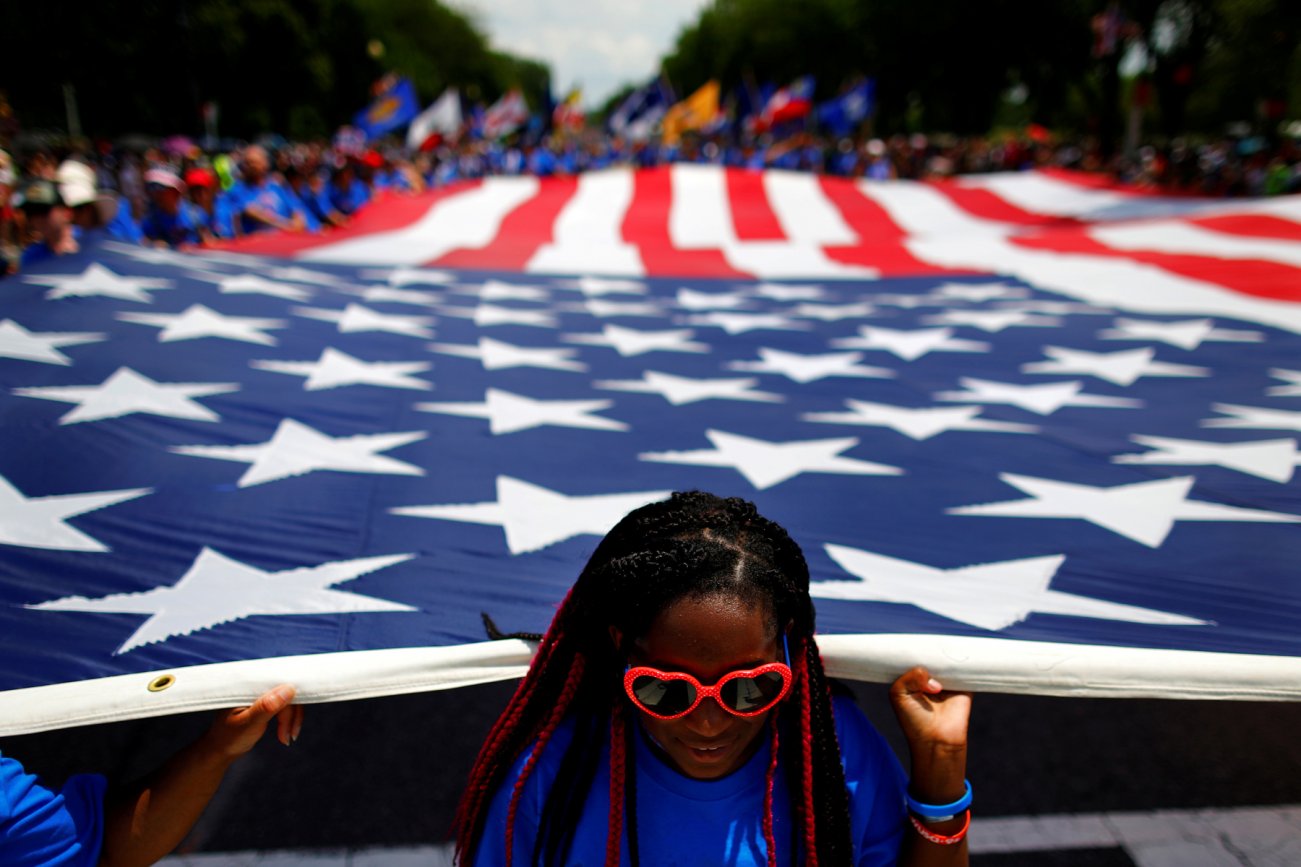 Many have called on social media companies to act as censors and remove conspiracy theories. However, there is another way. Congress should change the defamation laws to enable public figures, smeared in this way, to sue those who perpetrate such messages.

Much attention has been focused recently, quite properly, on incidences of police brutality and on racism. However, one should not overlook cases of police bearing false witness or, in other words, lying. False statements do more harm than just making it impossible that offenders will be fairly treated; they also undermine public trust in the police, a trust which experts agree is essential for law and order to prevail without excessive use of force.

Here are some illustrative cases of police statements that clearly conflicted with the facts of the case.

– Martin Gugino, a seventy-five-year-old man, participated in a demonstration protesting the killing of George Floyd. Video footage shows Gugino, among other protestors, approaching two officers who were there to enforce the city’s 8 p.m. curfew. After a brief interaction, one officer can be seen pushing Gugino. Gugino falls backward onto the pavement and starts bleeding from his head. The officers walked by. Initially, Buffalo police stated that he “was injured when he tripped and fell.” (This statement was backtracked after the footage went viral).

– Evan Gorski, a twenty-one-year-old student at Temple University, was protesting peacefully when an officer was seen on video striking him in the head and neck with a metal baton. The student needed several staples and stitches to close the wound. He was held in custody for almost forty hours on allegations that he assaulted and injured the officer. However, after a video of the incident surfaced, he was released and no charges were filed.

– The shooting of seventeen-year-old Laquan McDonald was justified by the police because the teen was said to have approached officers with a knife. However, more than a year later, a video was found showing that McDonald was walking away when he was shot by Officer Jason Van Dyke.

– When an officer in suburban Dallas shot fifteen-year-old Jordan Edwards in 2017, the police department stated that Edwards was in a vehicle with other teenagers that backed up toward police “in an aggressive manner.” The police chief later acknowledged that a video revealed that the vehicle was moving away from, not toward, the officers.

Dealing with this kind and other forms of misconduct by the police is more difficult when officers conceal their badge or personal identification numbers as some have been seen doing in New York City and Chicago. During the recent protest in DC, the Trump administration drafted agents from many federal departments, including ICE, DHS, and the DEA. These agents wore no signets nor name tags.

Police often partner with medical examiners who also must be held to higher standards. Thus, we learned that Hennepin County’s medical examiner report on the death of George Floyd found that the autopsy “revealed no physical findings that support a diagnosis of traumatic asphyxia or strangulation” and that Floyd had a history of underlying health conditions, which made him more prone to coronary artery disease and hypertensive heart disease. However, a private autopsy by doctors hired by Floyd’s family found that he died not just because of the knee on his neck, but the pressure on his back from the two other officers who helped pin him down. The cause of death concluded was mechanical asphyxia and the manner of death was homicide

Several of these police officers were later charged with assault. However, the question is if there should not be an additional punishment for seeming to forestall proper oversight and accountability. And as far as the medical examination is concerned, it is unclear if he was even reprimanded.

All this suggests that as reformers focus on acts of violence by some cops, they should also ask what measures can be taken to ensure that police will not bear false witness. To reiterate: avoiding false statements are essential not merely for gaining justice for the individuals involved, but also for providing effective policing, which entails building up trustful relations with the community.

For those who do not follow the darker side of social media, here are some of the current theories that are spreading widely.

– Dr. Anthony Fauci is depicted as a part of the Deep State, a hidden government of top-level politicians and businessmen who are undermining the legitimately elected government, and who are said to have created the pandemic as a ploy to push vaccines on people to turn a profit.

– Bill Gates is said to have engineered the coronavirus. As “evidence”, those who believe this theory, cite a TED Talk he gave in 2015 that warned of a worldwide pandemic and his urging world leaders to take stronger steps in preparing for a deadly outbreak.

– George Soros is said to be funding ANTIFA and paying protestors to riot. He is charged with plans to radicalize African Americans in order to undermine society and enable the globalist takeover of America. Some go so far as to claim that George Floyd’s death was actually a false flag deployed by Soros in order to precipitate the current crisis.

Many have called on social media companies to act as censors and remove such material. However, there is another way. Congress should change the defamation laws to enable public figures, smeared in this way, to sue those who perpetrate such messages. Under current American law, if an alleged defamatory statement is made about a public figure, it is not sufficient to simply demonstrate that the statement is untrue.  Actual malice must be shown. This means that the person who claims to have been defamed must show—by clear and convincing evidence and not just a preponderance of the evidence—that the publisher of the statement either knew it was false or made or “disseminated it with reckless disregard for the truth.”

British courts apply a much less stringent criterion for damages in defamation cases. There, the burden of proof is on the one who is being sued to prove the truth of the disputed statement. The party that claims that he or she was defamed has only to demonstrate the statements harmed their reputation.

If Congress would modify American defamation laws to align them with the British ones, then it will significantly curb these toxic messages. They are often promoted by dark web pages that profit greatly from spreading these conspiracy theories. They will close shop if they could be subject to defamation suits by those they malign, who often face death threats and need to spend a large amount of funds to protect themselves, and, in one case, even to relocate.  Those who oppose such moves will argue that they infringe on free speech. However, we are increasingly learning that we long longer can hold to the position that free speech trumps all other values, under all conditions. Indeed, we see often that those who utter racial and homophobic statements lose their jobs. And one notes that in Britain, which curbs both hate speech and protects public figures from smear attacks, is considered the mother of all democracies.

Amitai Etzioni is a University Professor and professor of international affairs at The George Washington University. His latest book, Reclaiming Patriotism, was published by the University of Virginia Press in 2019 and is available for download without charge.