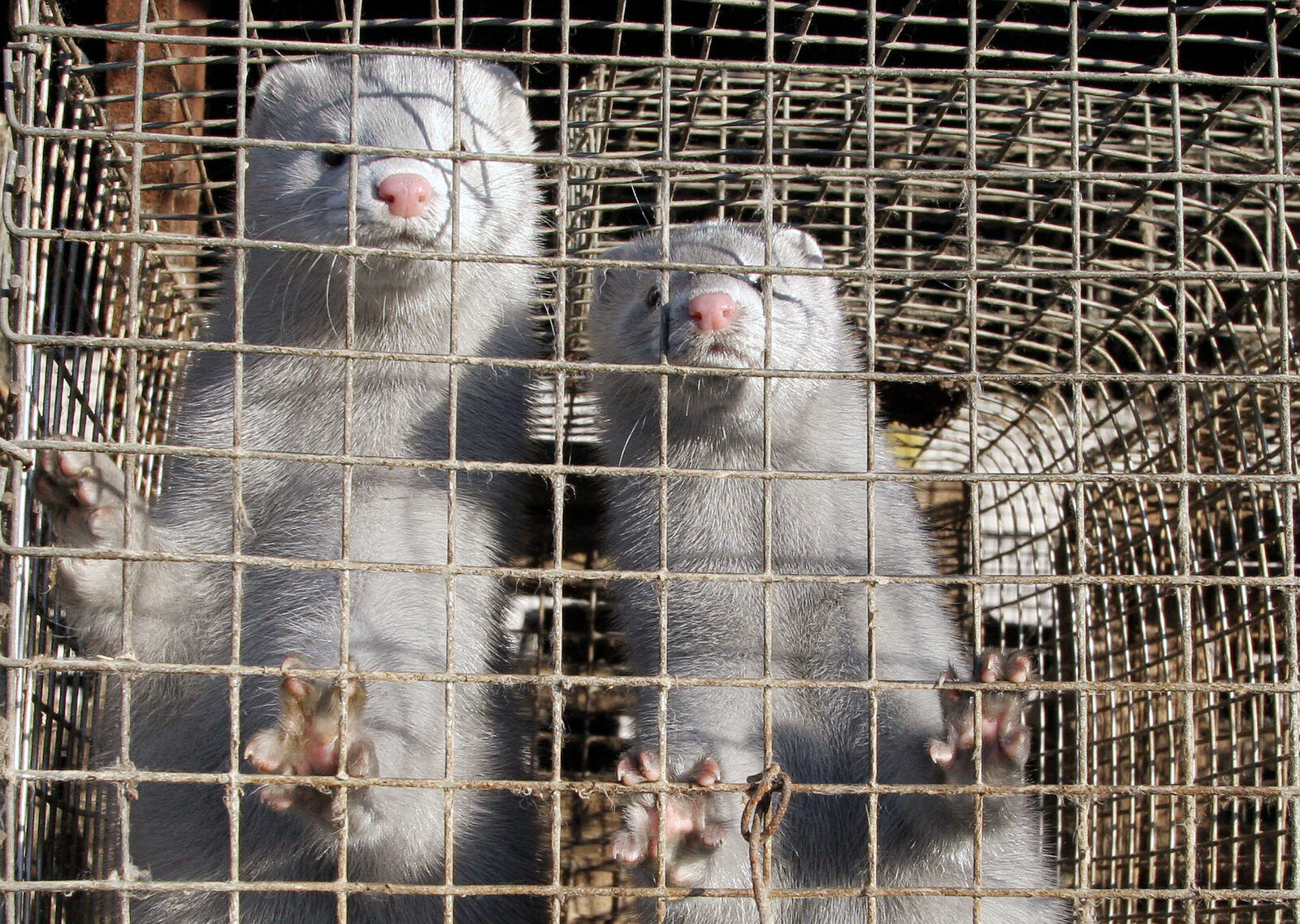 Minks at a mink farm.

Minks at a mink farm.

Minks on two fur farms in the Netherlands began getting sick in late April. Some were coughing, with runny noses; others had signs of severe respiratory disease. Soon, they started dying.

Researchers took swabs from the animals and dissected the ones that had died.

The culprit: SARS-COV-2, the novel coronavirus causing a global pandemic.

It’s part of an emerging pattern of animals getting infected with the novel coronavirus with a new concern: The minks are thought to have passed the disease back to humans. Since the discovery, more than 500,000 minks have been culled on fur farms in the Netherlands over worries that their mink populations could spread the virus among humans.

The minks were first exposed to the coronavirus by infected farm workers, according to Wim van der Poel, a veterinarian who studies viruses at Wageningen University & Research in the Netherlands. Then the virus spread among the animals in the farms like wildfire.

“The animals are in cages with wire tops and closed walls between them,” says Van der Poel, who co-authored a Eurosurveillance paper investigating the mink farm infections that was published this month. “So it probably spread through droplet or aerosol transmission, from the top of one cage to another, when an animal is coughing or heavily breathing.”

The Netherlands is one of the world’s top exporters of mink fur for coats and trim. The outbreak was first reported on two of its approximately 125 farms and has now been found in at least 17. Van der Poel says the virus was likely spread to more farms either from infected workers who traveled between locations or from virus-contaminated products that moved from one farm to another.

Minks are the latest addition to the list of animals that we know can be infected with the novel coronavirus, says Linfa Wang, director of the emerging infectious diseases program at Duke-NUS Medical School in Singapore. “The first one we noticed was cats,” he says. “Then it was followed by dogs, which are susceptible but not as much as cats. And then the tigers in the New York zoo. And now the minks.” Laboratory experiments have also confirmed that hamsters and some monkeys can also get sick from the virus. And the virus is believed to have originated in Chinese horseshoe bats.

The findings from the mink farm adds an concerning layer to our understanding of how the virus spreads because infected minks are thought to have passed the virus back to people, according to Dutch government reports. At least two farm workers are believed to have caught the novel coronavirus from handling the minks or breathing virus-contaminated clouds of dust.

The situation confirms a longstanding concern among researchers which has, until now, been hypothetical: In some animal-to-human interactions, the virus can transmit both ways. “It’s another route of transmission that we have to worry about,” says Kevin Olival, an ecologist at EcoHealth Alliance, a nonprofit that monitors for emerging diseases. “And if the virus somehow establishes itself in animal populations or in other wildlife populations around the world, it’ll be really hard to eradicate it if it keeps spilling back into the human population.”

Those concerns prompted Dutch authorities to cull all the minks on farms where the novel coronavirus has been found. While many of the animals on affected farms were found to have survived the virus and developed antibodies, it’s unclear how long they might be protected. And many new pups, presumed to be susceptible to the coronavirus, are born in the late spring, van der Poel says. So hundreds of thousands of animals are being gassed to ensure that they do not become reservoirs for the virus.

Because of the outbreak, the Netherlands has decided to shut down all of its mink farms by the end of the year.

From a disease control perspective, Wang says it’s helpful that the outbreaks were contained to farms and caused symptoms in the infected animals, “so at least you notice the animal is sick.” A less controllable scenario, he says, is if the virus takes root in wandering wildlife populations — for instance, if it were to become established among North American bats, a group that could carry the disease without developing symptoms and spread it widely.

Wang sees this ability of the novel coronavirus to jump easily between different species as troubling — especially since the virus has spread so rapidly among humans. Many common viruses, such as measles and hepatitis, mostly infect humans. On the other hand, some emerging viruses such as Ebola, Nipah and SARS infect a broad spectrum of species. But outbreaks among humans have been contained.

When it comes to eradicating a disease, “the worst is an animal virus that jumps over and becomes established in humans — and has a wide host range,” Wang says, meaning it can infect many different animal species that might pass it back to humans. “And that’s SARS-COV-2.”

Still, researchers think the potential for animal reservoirs is something public health officials should be thinking about now. The lesson from the mink farms, says van der Poel, is that we should be testing all kinds of animals for the novel coronavirus as well as keeping a lookout for other novel diseases they may be carrying.

“We have to have an open mind and open eyes for any new virus that pops up,” he says.

Jerome Socolovsky contributed to this story.