On this day in 1794, the era of aerial warfare begins as the French military successfully uses an observation balloon during the Battle of Fleurus. Aloft for nine hours, the two-man crew takes notes of enemy troop movements, which are dropped over the side to officers bellow. pic.twitter.com/YX8eeFkozI 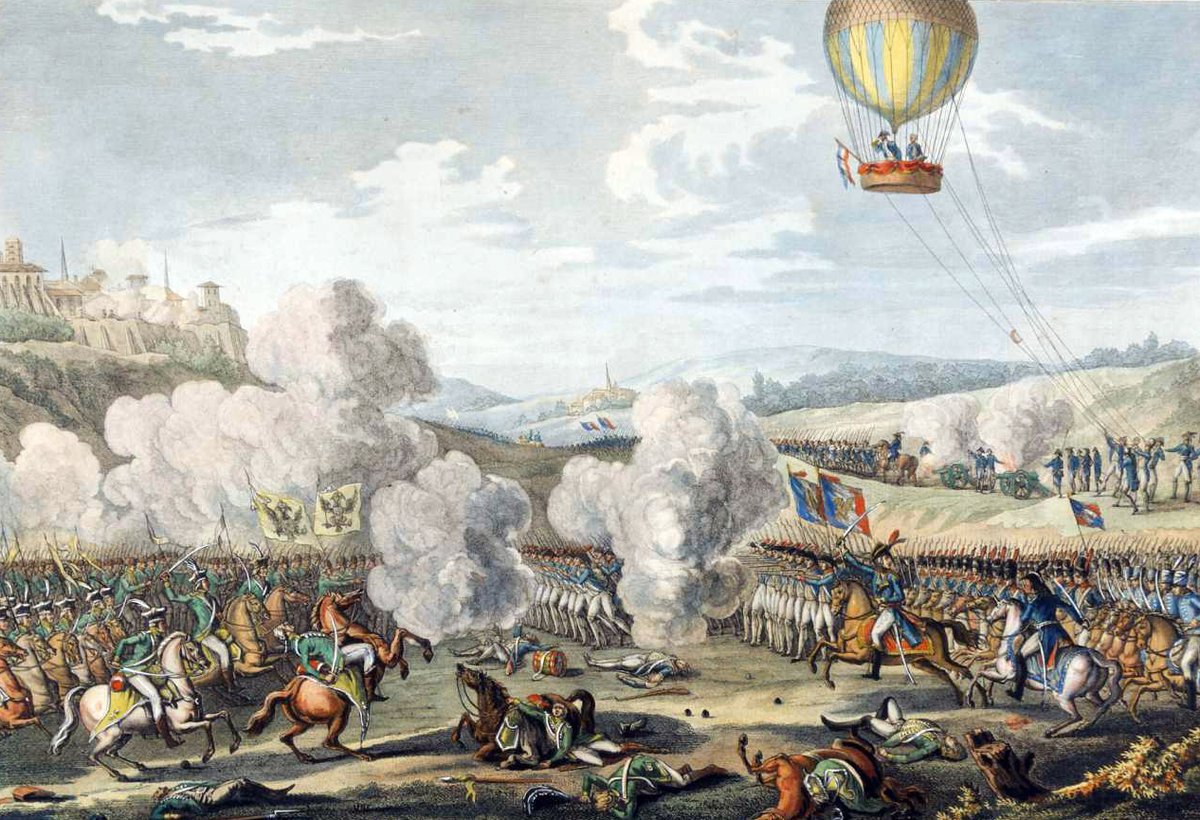