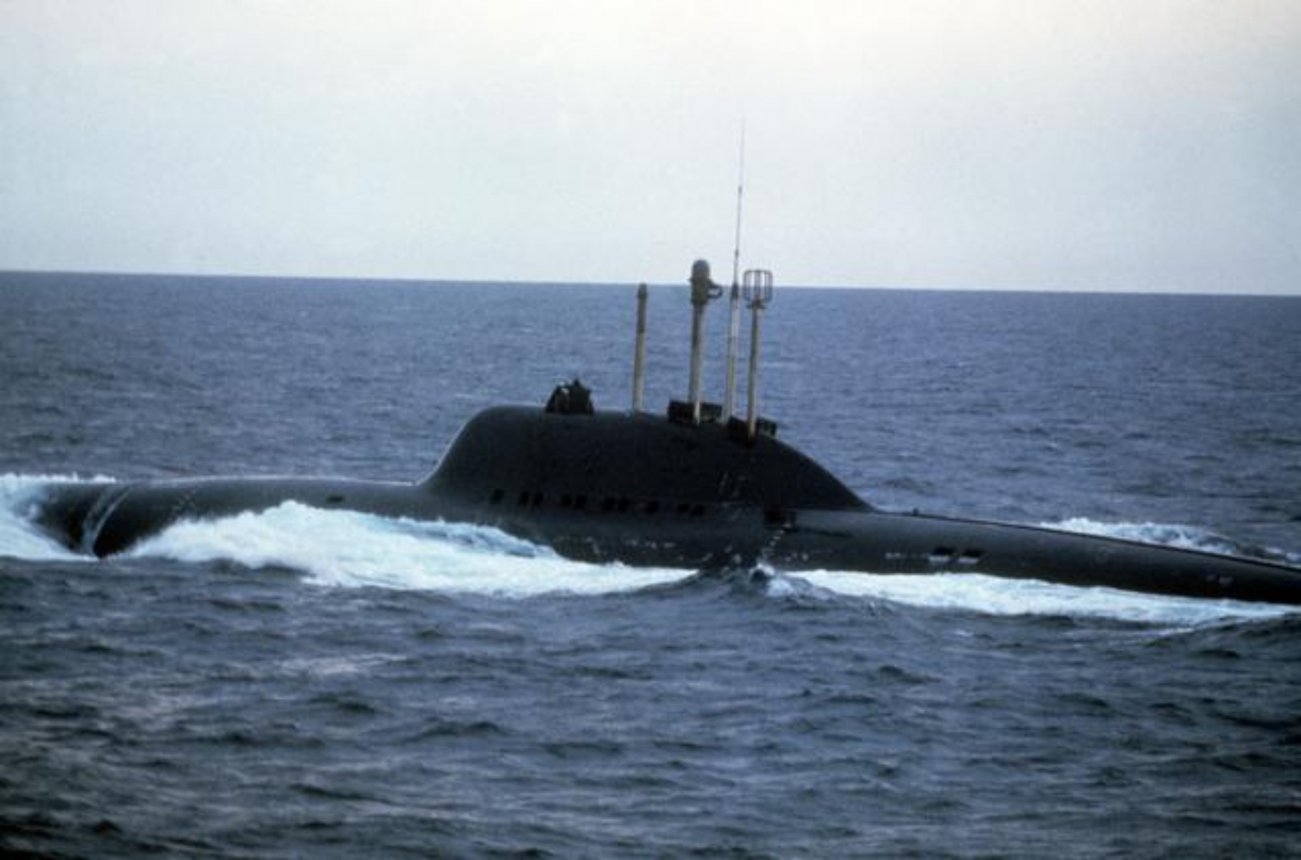 Bending and manipulating massive titanium panels for hull sections much more difficult than when working with steel.

Here’s What You Need to Remember: The years of intelligence gathering and assessments eventually paid off. Although initial sea trials were a failure, the Alfa-class submarine would become the fastest submarine ever built.

The Alfa-class of Soviet submarines was truly innovative. Their hulls were made of titanium, an extremely light-weight and tensility strong metal, although significantly more expensive than steel. They were powered by a unique reactor as well — cooled by a lead-bismuth mixture. They were incredibly fast as well, faster than American or British torpedos. If an Alfa sub detected a torpedo launch, standard operating procedure dictated full steam ahead, and a quick dash to safety.

In 1969, a photo analyst at the CIA stumbled upon the first indication of what would eventually become known as the Alfa-class submarine. Photographic evidence and human intelligence reports told of submarine hull section awaiting assembly that was an oddly reflective, silvery color.

Analysts disagreed on the material. Some said it was part of a massive disinformation campaign, that the hull pieces were simply covered in aluminum paint to confuse the United States.

Titanium itself is three to five times more expensive than steel, and successfully manipulating titanium on a large scale greatly adds to manufacturing costs. Bending and manipulating massive titanium panels for hull sections much more difficult than when working with steel.

Although extremely robust, the manufacture process and conditions required to weld titanium are difficult to implement. At high temperatures (like experienced when welding), titanium easily absorbs oxygen, hydrogen, and nitrogen, causing imperfections in the weld known as embrittlement, which compromise the material’s strength.

In order to successfully weld huge titanium panels on a large scale, Soviet engineers had to first create enormous warehouses that were hermetically sealed, then filled with argon, an inert gas that would not interfere with the welding process. Welders had to wear a large cosmonaut-like suit that would supply them with oxygen while inside these warehouses.

Analysts were highly skeptical that the normally conservative design firms would take such a risk, rather than steadily improving on proven designs. However if successful, a titanium hull would offer a few advantages. Titanium is only marginally magnetic, and would thus resist magnetic detection. Titanium submarines would also be able to dive deeper than traditional steel-hulled designs and would be better protected from depth charges or other explosions.

Another mystery to western analysts was the reactor that would power this new class of submarines. Its reactor was apparently to be cooled using liquid metal, which would reduce the size of the reactor, and offer a potentially higher output.

The United States Navy believed that liquid metal reactors were harder to maintain and thus more dangerous than the pressurized water reactors, which was the proffered choice for submarine reactors.

The years of intelligence gathering and assessments eventually paid off. Although initial sea trials were a failure, the Alfa-class submarine would become the fastest submarine ever built. Underwater, it could reach a blistering 41 knots or 47 miles per hour. For comparison, the American Arleigh Burke-class destroyers reach top speed for around 30 knots or 35 miles per hour.

The Alfa-class was not without its perfections. It’s liquid-metal cooled reactor had to be constantly heated so that the coolant didn’t solidify. Many of the Soviet Union’s ports were not adequately equipped to service these unique submarines, so they often left their reactors running, significantly shortening the time between necessary servicing. While fast, they were also very loud and sacrificed any stealth for speed.

The last of the class was withdrawn for scrapping in 1990 after the dissolution of the Soviet Union when expensive upkeep was no longer a priority. Still, their design impacted future Soviet designs, which incorporated some Alfa features, such as a higher degree of automation, into their designs.

Caleb Larson is a Defense Writer with The National Interest. He holds a Master of Public Policy and covers U.S. and Russian security, European defense issues, and German politics and culture.

This article first appeared earlier this year and is being republished due to reader interest.