D614G mutation is characterized by aspartic acid to glycine shift at the amino acid position 614 of a protein. Recent studies have shown that D614G mutation in the spike protein of novel coronavirus makes it more infectious, transmissible, and deadly. 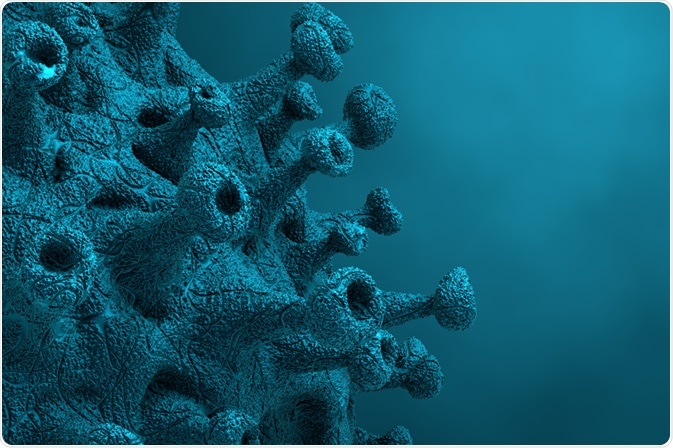 A genetic mutation is characterized by a permanent change in the DNA sequence that may occur due to environmental factors (UV radiation), or due to an error during DNA replication process. Genetic mutations can be of many types, including missense, nonsense, insertion, deletion, duplication, frameshift, and repeat expansion mutations.

The RNA codons that codes for aspartic acid and glycine are designed as GAU/GAC and GGU/GGC, respectively. Thus, a single mutation in the RNA codon causing A to G shift can lead to aspartic acid to glycine shift in the peptide sequence of the target protein.

What are the implications of D614G mutation in the spike protein of novel coronavirus?

In general, viruses can undergo frequent genetic mutations because of several factors, such as natural selection and random genetic drifts. Because these factors can work sequentially, it is often very difficult to identify when a viral mutation becomes more prevalent.

In the case of a novel coronavirus, D614G mutation in the viral spike protein occurred at the initial stage of the pandemic, and recent evidence suggests that viruses containing glycine residue at position 614 have now become the most prevalent variant globally.

To identify the causative factors responsible for the rapid emergence of G614 containing coronavirus, scientists have extensively monitored all coronavirus genome sequencing data that are available globally at the Global Initiative for Sharing All Influenza Data (GISAID) database.

Using suitable bioinformatic methods, scientists have found that G614G mutation in the viral spike protein is the most frequently occurring mutation across many geographical locations. As pseudotyped viruses, G614 variants have considerably higher infectious titers than D614 variants. This indicates that spike D614G mutation makes the novel coronavirus more infectious and that the virus can be transmitted more easily and rapidly from person to person.

Because D614G mutation is located in the interface between neighboring spike protein protomers, it may modulate protomer-protomer interaction by disrupting between-protomer hydrogen bond formation.

Interestingly, one study conducted on pseudoviruses containing either D614 or G614 has claimed that G614 containing viruses are more susceptible to convalescent sera-mediated neutralization. This finding indicates that D614G mutation does not facilitate the virus escaping host immune responses. 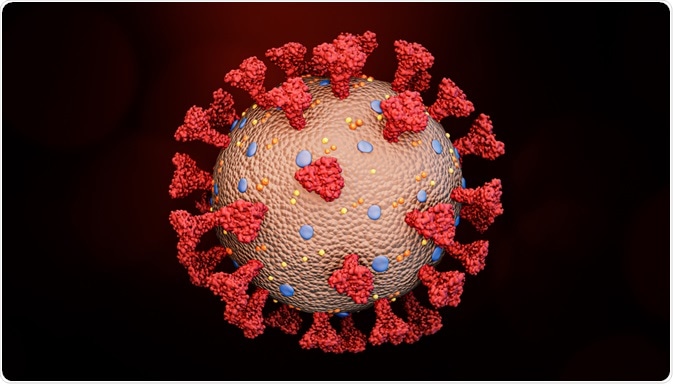 Although there is no evidence showing that D614G mutation is associated with increased COVID-19 severity, a recent study using a phylogenetic tree of more than 4000 coronavirus genomes has claimed that viruses containing D614G mutation are more virulent, and thus, are associated with higher disease-related mortality.

The study has speculated that higher viral pathogenicity may be due to mutation-mediated conformational changes in the spike protein, which facilitate the exposure of polybasic cleavage site to cellular proteases.

The spike protein gets a lot of attention from the host immune system as it is located on the outer surface of the virus (external protein). Thus, spike D614G mutation is expected to play a major role in modulating the viral ability to escape vaccine-induced immune responses.

However, there is evidence suggesting that the possibility of D614G mutation affecting the vaccine efficacy is very less. Because the mutation is not in the receptor-binding domain of the spike protein, it is less likely to affect the ability of the domain to induce host immune responses, which is believed to be a prerequisite for antibody-mediated neutralization of the virus.

Moreover, a large portion of ongoing vaccines are developed against the receptor-binding domain, and thus, D614G mutation is not supposed to have any effect on vaccine efficacy.

Another important observation is that convalescent sera obtained people infected with D614 containing viruses have been found to neutralize viruses containing G614, and vice versa. This indicates that D614G mutation does not alter antibody-mediate immune responses.

Be the first to rate this article

Dr. Sanchari Sinha Dutta is a science communicator who believes in spreading the power of science in every corner of the world. She has a Bachelor of Science (B.Sc.) degree and a Master’s of Science (M.Sc.) in biology and human physiology. Following her Master’s degree, Sanchari went on to study a Ph.D. in human physiology. She has authored more than 10 original research articles, all of which have been published in world renowned international journals.