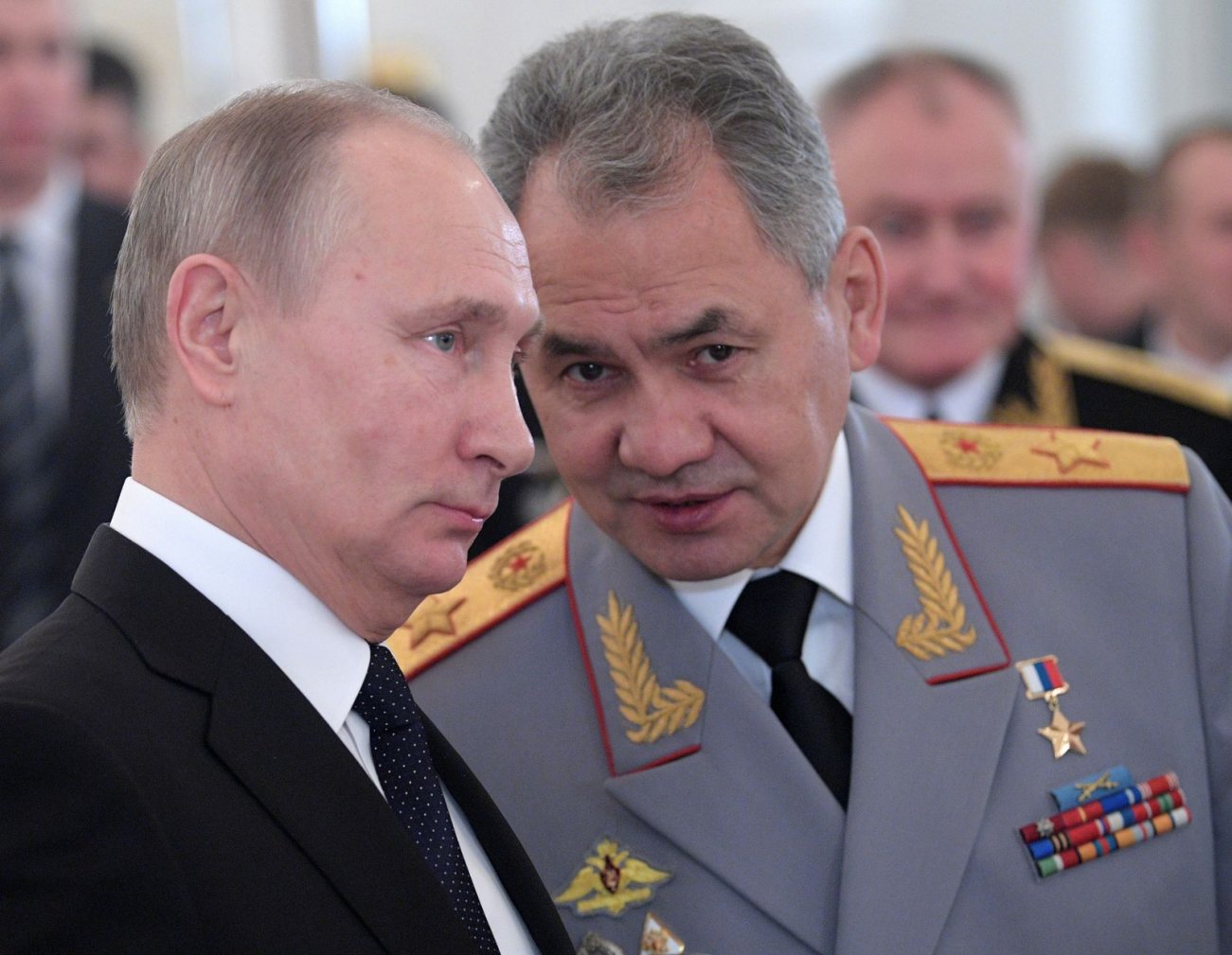 The plane is pretty decent, but it is very expensive.

Key point: If Russia can get enough cash or convince other countries to buy its plane, it could produce more of them. However, that seems less likely for the time being.

The PAK FA (now known as the Su-57) has played the bugbear for Western air forces for nearly a decade, the terrifying Russian jet that will eat F-35s for breakfast. American aviation analysts in search of something, anything that might threaten U.S. air dominance settled on the PAK FA, a frankly evil looking jet that bore a very mild resemblance to the MiG-31 “Firefox” that Clint Eastwood made famous.

This first appeared earlier in 2016.

Say what you will about the F-35, but Lockheed Martin has actually built and delivered one hundred and seventy one aircraft thus far.  The Russian Air Force, meanwhile, has yet to receive its first PAK FA.  In lieu of the PAK FA, Russia has continued to acquire generation 4.5 fighters (mostly of the Flanker family) as well as upgrading generation 4 fighters (including various Flankers, the MiG-29 Fulcrum, and the MiG-31 Foxhound). Sukhoi will likely never build the number of fighters that Western analysts expected, or that the Russian Air Force wanted.

Acquisition of the PAK FA has slowed for two reasons. First, technical problems have beset the program, as Russia’s aviation industry (weighed down by the legacy of the post–Cold War collapse) has struggled with the development and manufacture of advanced stealth and avionic components. Second, the Russian economy has been damaged in the face of a worldwide drop in oil prices, and Western sanctions stemming from the decision to seize and annex Crimea. All in all, it remains unclear whether the PAK FA will ever threaten Western dominance of the skies.

The PAK FA emerged from the ruins of the Russian post-Cold War military-industrial base.  Russia’s first fifth-generation fighter project, the “MiG 1.44,” produced a single prototype before cancellation.  The advent of the F-22 Raptor, and the expectation that the U.S. would follow up with large numbers of F-35 Joint Strike Fighters, made the development of a fifth-generation fighter imperative for Russia.

Perception of this need resulted in the award of a new fighter contract to Sukhoi in 2002. Sukhoi promised to produce a high maneuverability stealth fighter with supercruise capabilities that could match or defeat Lockheed Martin’s F-22 Raptor in air-to-air combat. The PAK FA will also have sophisticated avionic systems, including datalink and a variety of electronic warfare components. Altogether, the PAK FA appears to strongly resemble the F-22 in performance, with marginally less stealth and network capabilities, but potentially more room to grow.

After several years of development delays, the first T-50 (prototype designation) test flight happened in 2011.  Since then, Sukhoi has produced six prototypes, which have amassed considerable hours in flight testing. Initial expectations projected the acquisition of 200 PAK FAs for Russia, 200 for India, and an unknown number for other countries.

However, the fighter continues to struggle with questions over cost and engine performance. In particular, the engines adopted for early aircraft do not provide sufficient thrust for the airframe, leaving the aircraft at a significant disadvantage compared to American fighters. In part because of this, and in part because of Russia’s economic difficulties, the initial order has dropped to twelve (with more expected after the resolution of engine problems).

The PAK FA is nearly as important (conceptually, at least) to India’s aerospace future as to Russia, making the production issues particularly problematic. After months of haggling and disagreement, Russia agreed to cut development costs for the Indian version of the PAK FA.  Theoretically, India is on the hook for roughly 150 fighters, and could purchase a hundred more on top of that.

The PAK FA plays a major role in India’s competition with China and Pakistan, its two major regional rivals.  China has pushed the J-20 stealth fighter project to a stage competitive with the PAK FA, although we know less of the former’s capabilities than of the latter. For its part, we can expect that Pakistan will likely acquire J-31 stealth fighters from China, whether off the shelf or as part of some kind of joint production scheme.

It remains unclear whether India will ever acquire a version of the PAK FA, or instead focus on indigenously developed aircraft (the distant AMCA project, which may result in a usable combat aircraft by 2030). The absence of the PAK FA (HAL FGFA in Indian terminology) will leave a major hole in the Indian Air Force for quite a long time.

With respect to other buyers, the Russians may eventually find export customers, but few seem interested at this point. The high cost of the plane, it’s unproven technology, and limited Russian productive capacity make it a bad bet compared to the Flanker family, or (for those countries lucky enough to have a Club Membership) the F-35. That said, Sukhoi has enjoyed strong export success in recent years, and it would be wrong to bet against them at this point.

The biggest question associated with the PAK FA remains this; can Russia’s aviation industry produce a sufficient number of fighters of sufficient reliability to have a significant strategic impact? The answer remains very much in doubt, but depends to great extent on whether the Russian economy recovers, and the Russian Air Force submits sufficient domestic orders to make producing the fighter a worthwhile risk.

Although a completely different kind of fighter, the J-20 has increasingly taken on the bugbear role for Western air forces. The J-20 doesn’t match up well with either the F-22 or the F-35, but presents a different set of problems; how to defend vulnerable forward installations from a stealth-capable strike aircraft.  That’s somewhat less sexy than the vision of Raptors and PAK FAs dog fighting it out, but it’s closer to the problems that every non-Western air force has faced for the last three decades.

This first appeared earlier in 2016.