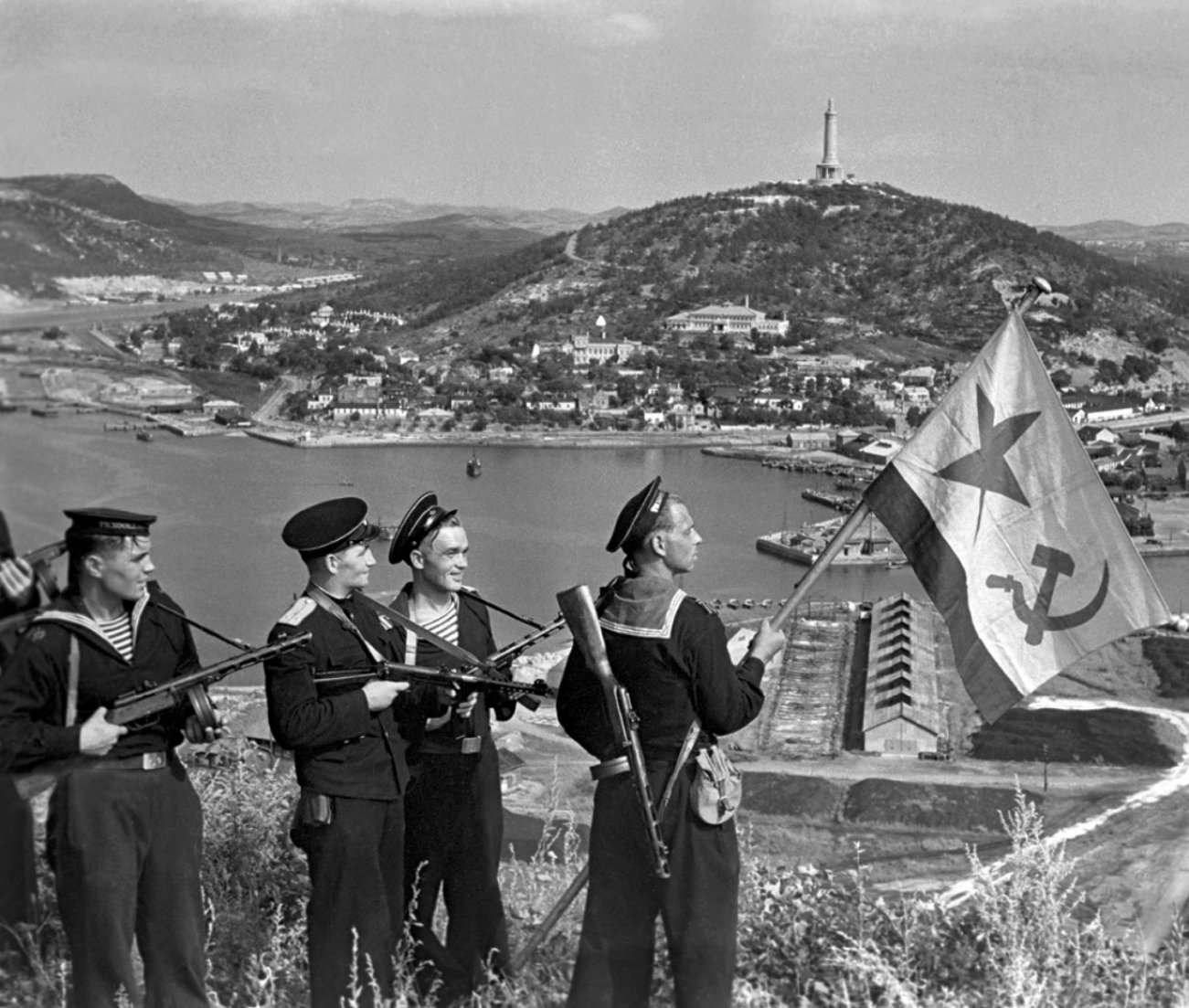 It was named after him.

Here’s What You Need To Remember: The Soviet military remained influenced by Stalin long after his death and after the Stalingrad class headed for the history books. To be sure, his battlecruiser didn’t survive, but he was semi-successful at binding the military to the party — or at least to Marxism-Leninism. “In short, Stalin’s legacy was the creation of an unstable system of subjective control of the military,” Nichols added.

The Soviet navy was not in great shape at the onset of the German invasion on June 22, 1941. Stalin had decimated the ranks of the naval officer corps, which greatly complicated planning, and the invasion forced many warship projects to a halt.

The Soviets envisioned one of these projects, the Kronshtadt-class battlecruiser, to be faster than Germany’s Bismarck-class battleship and more powerful than the Scharnhorst.

Alas, the demands of the war saw that the Kronshtadt was never built. But in 1944, Soviet premier Joseph Stalin rebooted the concept for a namesake ship, the Stalingrad-class battlecruiser.

The battlecruiser project became a case study in military-civil cooperation gone wrong. Soviet admirals hated the ship because they understood that big-gun warships were fast becoming relics in the age of the aircraft carrier.

Nevertheless, the Stalingrad class would have made a fearsome line of vessels. The 263-meter-long warship would be bigger, faster and more powerful than the Kronshtadt. The design included four steam turbines producing a total of 208,796 kilowatts of power, propelling the battlecruiser to 35.5 knots. The speedy Scharnhorst could only make around 31 knots.

However, one problem for the Stalingrad was paltry armor compared to battleships.

It’s not always easy to draw firm distinctions between battleships and battlecruisers, although battlecruisers were generally similar except for armor and speed. Battlecruisers had less armor, and thus more speed, befitting their role as a fast-moving, vulnerable, but still-powerful interceptors equipped for hunting down lesser cruisers.

Battleships and battlecruisers fell out of fashion after World War II, which made the Stalingrad class “the only postwar capital ships to be laid down by any nation,” naval historian Norman Polmar wrote in a 2008 study of carrier aviation — obviously excluding carriers from this definition of “capital ship.”

Taking on battleships wasn’t the plan for the Stalingrad class. With the Cold War having emerged following World War II, Stalin and the Soviet navy imagined up to 10 fast Stalingrads to defend friendly carriers when poor weather kept aircraft from flying.

U.S. cruisers escorting their own carriers would be in for a tough fight, as aboard Stalin’s favorite ship would be nine 12-inch guns in three triple turrets capable of firing 1,030-pound high-explosive shells at a range of nearly 33 miles. A mix of 5.1-inch, 1.8-inch and 25-millimeter guns rounded out the secondary armament.

This combination of speed and firepower would give the Stalingrad class a significant advantage over every comparable American cruiser at the time.

Stalin was instrumental in getting the Stalingrad class funded and put into construction. Many admirals thought it was a foolish venture. Several senior Soviet naval officers insisted that the USSR’s post-war shipbuilding focus on aircraft carriers, but early plans for such from Adm. Nikolay Kuznetsov — the namesake for the later carrier Admiral Kuznetsov — came to naught.

Kuznetsov was a strong opponent of Communist Party meddling in military affairs; a recurring fact of life in the Soviet Union.

Stalin demoted Kuznetsov in 1947, which ended the first carrier program, only to reinstate him in 1951. To complicate planning further, although the Stalingrads were to escort Soviet carriers, the resource-intensive battlecruiser project took away resources needed for the flattops.

It wasn’t until Stalin’s abrupt death on March 5, 1953 did the Soviet navy ditch the Stalingrad project and put plans for a carrier into motion. The three Stalingrads that entered into construction were never finished, and all three met an inglorious end. It wouldn’t be until 1965 that the fruit of the carrier effort, the helicopter carrier Moskva, launched.

The namesake of the battlecruiser line, Stalingrad, was 70 percent complete when the navy towed her on May 19, 1955 from Mykolaiv into the Black Sea for target practice. However, she floundered in shallow water, and attempts to refloat her using explosives only blew holes in her hull and flooded the ship, according to Stephen McLaughlin’s 2006 history in John Jordan’s Warship 2006 from the U.S. Naval Institute Press.

It wasn’t until late the following year that the navy could raise her. The sailing branch then began firing anti-ship cruise missiles at the hulk. She served until 1962 as a floating target.

If Stalin could see what had happened to his beloved battlecruiser, he would’ve been very upset.

The other two Stalingrad-class ships, Moskva and Kronshtadt, with little work done on them, were scrapped in port.

Stalin’s insistence of proceeding with the Stalingrad class over the concerns of his officers is typical of the period. The rather-poor Myasischev M-4 Bison jet bomber was one such project demanded by Stalin because he wanted a plane that could reach and strike the United States, although the Bison was overly-ambitious and not particularly well-suited for the job.

These trends were underway earlier in Soviet history. Stalin’s purge of the military between 1936 and 1938 tore through the officer corps and shattered the formation of a professionalized military capable of determining its requirements independent of the Communist Party, and by extension, Stalin.

Perhaps most significant for Soviet history, Stalin’s personal dictatorship and control over military decisions stripped the officer corps of its self-confidence.

“[Stalin’s] involvement went beyond approving or quashing the production of this or that weapons system; he also arrogated to himself judgements about the future directions of military strategy and force structure,” Naval War College professor Tom Nichols wrote in his 1993 book on Soviet civil-military relations, The Sacred Cause.

The Soviet military remained influenced by Stalin long after his death and after the Stalingrad class headed for the history books. To be sure, his battlecruiser didn’t survive, but he was semi-successful at binding the military to the party — or at least to Marxism-Leninism. “In short, Stalin’s legacy was the creation of an unstable system of subjective control of the military,” Nichols added.

“But the betrayal of the Party by its own leader, and the subsequent ascension of a cadre of mediocrities, meant that the military was left with a firm faith in ideology, but a tenuous confidence in the political stewards of that ideology.”

“In a sense, Stalin began the process that would culminate, by 1991, in the Soviet officer corps believing that the stewardship of the Revolution had in fact passed to them — and that they were allowed to accept it.” Logically, some of those officers would go on to participate in the failed 1991 coup d’etat against Mikhail Gorbachev.