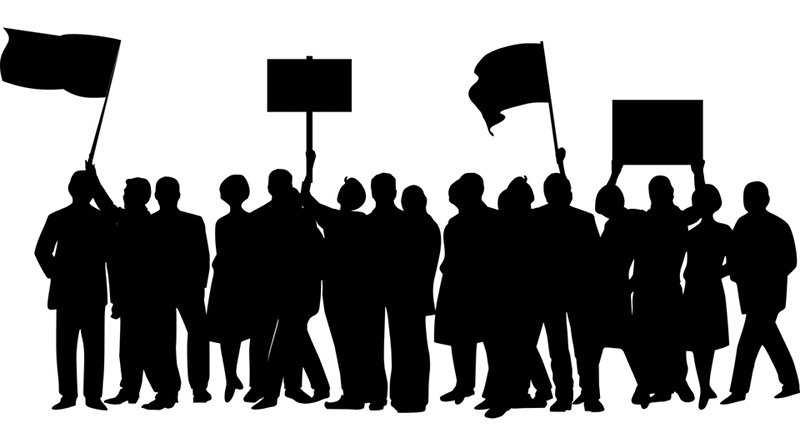 The difference between the pro-Trump and the pro-Biden protesters in the aftermath of the election is stark. The former were peaceful; the latter were violent.

Nothing symbolizes the difference between the protesters more than what happened on November 5th in Phoenix and Portland. In Phoenix, Trump supporters gathered outside of Arizona’s Maricopa County Elections office to pray; they did so the night before as well.

In Portland, the protesters (they were certainly anti-Trump if not necessarily pro-Biden) vandalized a Catholic church, one known for its outreach to the poor and homeless. Even Oregon Gov. Kate Brown couldn’t believe what happened. “They shattered the windows of a church that feeds Oregonians in need.”

The violence that left-wing activists engaged in has been going on all year. But this week, they kicked it up a notch.

On election night, several arrests were made in Seattle when left-wing activists took to the streets. They left nails in a roadway and destroyed property. That same night in Washington D.C., Trump supporters were stabbed near the White House and a police van was vandalized. In Minneapolis, police were attacked, fires were set, and property was damaged; fourteen were arrested for creating a riot. In Los Angeles, more than 40 people were arrested for creating havoc.

On November 4th, Portland exploded, necessitating the presence of the National Guard. Loaded rifles were taken, as were explosive devices, knives and spray-paint. That same night, left-wing protesters took over downtown Minneapolis and Interstate 94.

Also on November 4th, New York City was the scene of dozens of arrests. Fires were set, the head of the NYPD was attacked, and another officer was assaulted. Devina Singh, a crazed woman with an arrest record, spat in the face of a police officer, taunting him with obscenities.

On November 5th, a protester choked a police officer with a chain and many arrests were made.

Not all protesters are thugs. For the most part, conservatives are prayerful and patriotic. They do not attack the police, set fires, loot and vandalize churches. It is those on the left who act like savages, the ones that Joe Biden and Kamala Harris find it hard to condemn.

The article Not All Protesters Are Thugs – OpEd appeared first on Eurasia Review.

The post Counterintelligence from Michael_Novakhov (51 sites): Eurasia Review: Not All Protesters Are Thugs – OpEd first appeared on The News And Times Blogs Network – newsandtimes.net.