Gournadres Seeks to Memorialize COVID Victims  State Sen. Andrew Gounardes (D-Bay Ridge, Dyker Heights, Bensonhurst, Bath Beach, Gravesend, Gerritsen Beach, Manhattan Beach, Marine Park) comments on the United States surpassing 400,000 COVID-19 deaths. “The grief and pain at times can feel insurmountable, but in these moments, we have to remember that we are not alone. […]

The Queens man was arrested after threatening to murder, or calling for others to murder, some of the top Democratic members of Congress and urging violence on Inauguration Day. NBC New York’s Erica Byfield reports. 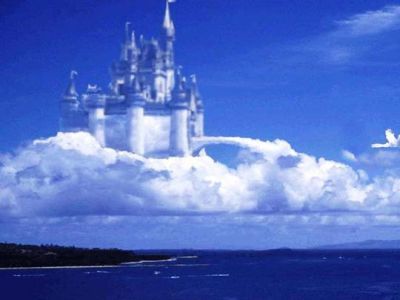 Satanists warned that whoever was responsible for burning down the historic “Halloween House” has “Hell to pay”.

As reported by the NY Post, on January 14, the Church of Satan, also known locally as the Halloween House was burned down. Located in Poughkeepsie in upstate New York, the house which was built in 1900, served as an Addams Family-style hub for local adherents of the Satan religion.

Authorities say the house was set ablaze by an unidentified arsonist, as per the Poughkeepsie Journal. “Now there’s going to be hell to pay,” said a member of the Church, who identified himself as Isis Vermouth. “Whoever did this is going to be hexed by all of us.” The Satanist said other local members of their religion were jolted over the atrocity and that “everyone in the neighborhood is worried.”

Police say they have surveillance footage of a person walking up to the house at 27 South Clinton St. with two gas cans, pouring liquid on the front porch and setting it on fire, at about 5 a.m. on Thursday. Two people were inside the home at the time, but they were able to escape uninjured. The religious site, also known as the House of Netherworld, had been decorated with devil sculptures and other paraphernalia, which exemplified the beliefs of its longtime former owner, Joe “Netherworld” Mendillo, a Church of Satan devotee, who died last year. Located in what is known as the ‘Witch District’ of the city, the house burned for more than 90-minutes, despite the Poughkeepsie Fire Department’s efforts to battle the blaze.

Peter H. Gilmore, high priest of the Church of Satan, said the house would probably not be restored, due to the extent of damage it endured. “Sadly there are some ‘people of faith’ who are intolerant, and typically ignorant, of other belief systems,” said Gilmore. “I am convinced that Joe’s legacy will live on,” Gilmore added, “even though the home he so carefully cultivated has been destroyed through the hateful act of some deeply disturbed individual, regardless of m