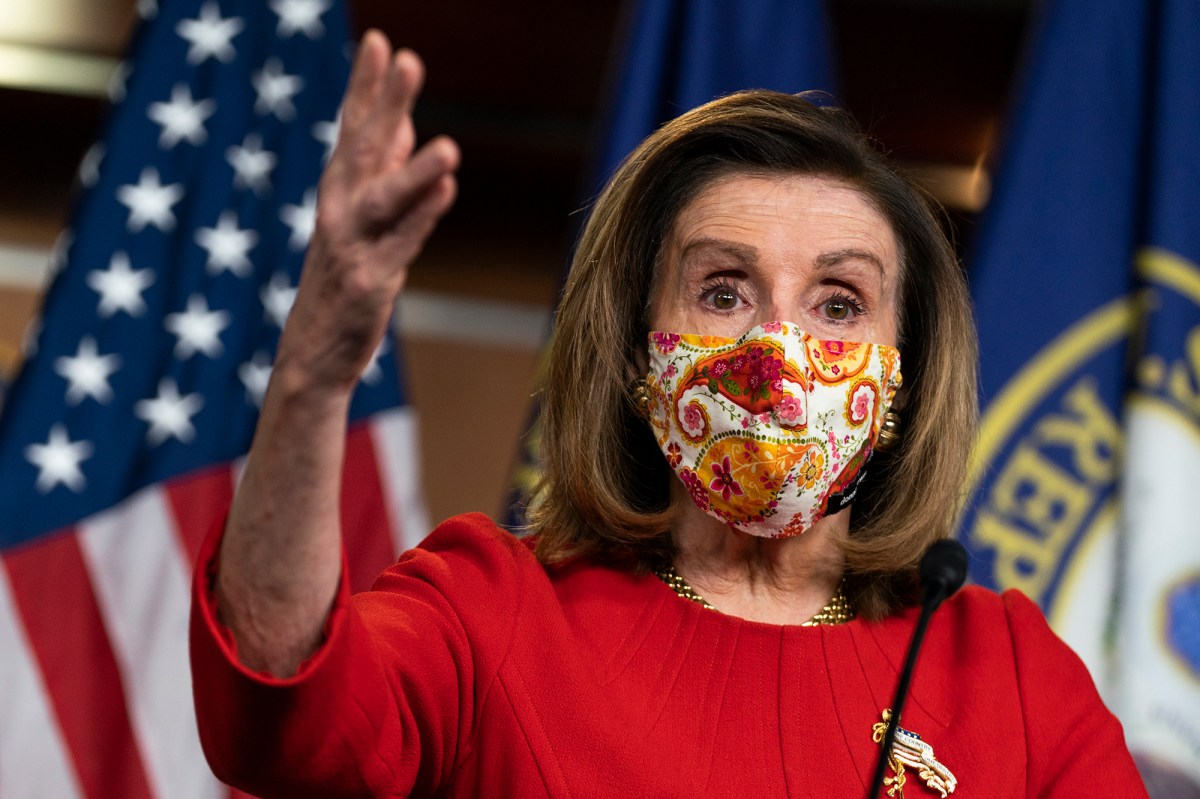 Pelosi announces plans for 9/11 Commission-style panel to investigate Capitol riot
posted on Feb 16 2021 17:20:29 UTC by Michael_Novakhov via Saved Stories – None

“We must get to the truth of how this happened,” Pelosi said.

House Speaker Nancy Pelosi, D-Calif., announced Monday that Congress will move to establish an independent commission to investigate the Jan. 6 insurrection at the U.S. Capitol, similar to the one set up in the wake of the terrorist attacks on Sept. 11, 2001.

The events of Jan. 6 occurred after then-President Donald Trump and his allies held a rally earlier that day in Washington, D.C., urging Congress not to certify the results of the November presidential election, in which Trump lost to Democratic candidate Joe Biden. Trump vowed to “never concede” and urged his supporters “to fight,” as he continued to push baseless claims of election fraud.

Crowds of people then made their way to the Capitol steps, pushing through barricades, officers in riot gear and other security measures that were put in place in anticipation of the protest. An angry mob breached the Capitol building, forcing a lockdown with members of Congress and their staff holed up inside. It took hours for law enforcement to clear the building and establish a perimeter around the area. Five people, including a police officer, died during the rampage.

Retired Lt. Gen. Russel Honore was appointed to examine security on Capitol Hill following the insurrection. Meanwhile, the Senate acquitted Trump on Saturday in his second impeachment trial on a charge of inciting the Capitol rioters.

“For the past few weeks, General Honore has been assessing our security needs by reviewing what happened on January 6 and how we must ensure that it does not happen again,” Pelosi said in her letter. “He has been working with Committees of Jurisdiction and will continue to make proposals.”

“It is clear from his findings and from the impeachment trial that we must get to the truth of how this happened,” she continued. “To protect our security, our security, our security, our next step will be to establish an outside, independent 9/11-type Commission to ‘investigate and report on the facts and causes relating to the January 6, 2021 domestic terrorist attack upon the United States Capitol Complex… and relating to the interference with the peaceful transfer of power, including facts and causes relating to the preparedness and response of the United States Capitol Police and other Federal, State, and local law enforcement in the National Capitol Region.'”

Supporters of President Donald Trump protest outside the U.S. Capitol in Washington, D.C., on Jan. 6, 2021.

The so-called 9/11 Commission was convened by congressional legislation that was signed into law by then-President George W. Bush in November 2002. After a 20-month-long investigation into the circumstances surrounding the terrorist attacks and how to prevent a similar attack, the bipartisan panel concluded in its final report that U.S. government intelligence agencies had failed to adequately assess the threat posed by al-Qaeda, among other things.

A growing number of lawmakers on both sides of the aisle have called for a bipartisan, independent commission to investigate the Capitol siege. Sen. Bill Cassidy, R-La., who crossed party lines and voted alongside six other Republicans to convict Trump, told ABC News chief anchor George Stephanopoulos in an interview Sunday on “This Week” that he supports a full investigation into the events of Jan. 6. In interviews following Cassidy, House impeachment manager Rep. Madeleine Dean, D-Pa., and Sen. Chris Coons, D-Del., said they would support the creation of a 9/11 Commission-style independent inquiry into the Capitol siege.

In her letter, Pelosi said Congress must also allocate additional funding “to provide for the safety of Members and the security of the Capitol.”

“We will be forever grateful to the Capitol Police for their life-saving courage and heroism in securing the Capitol and protecting Members,” she said.